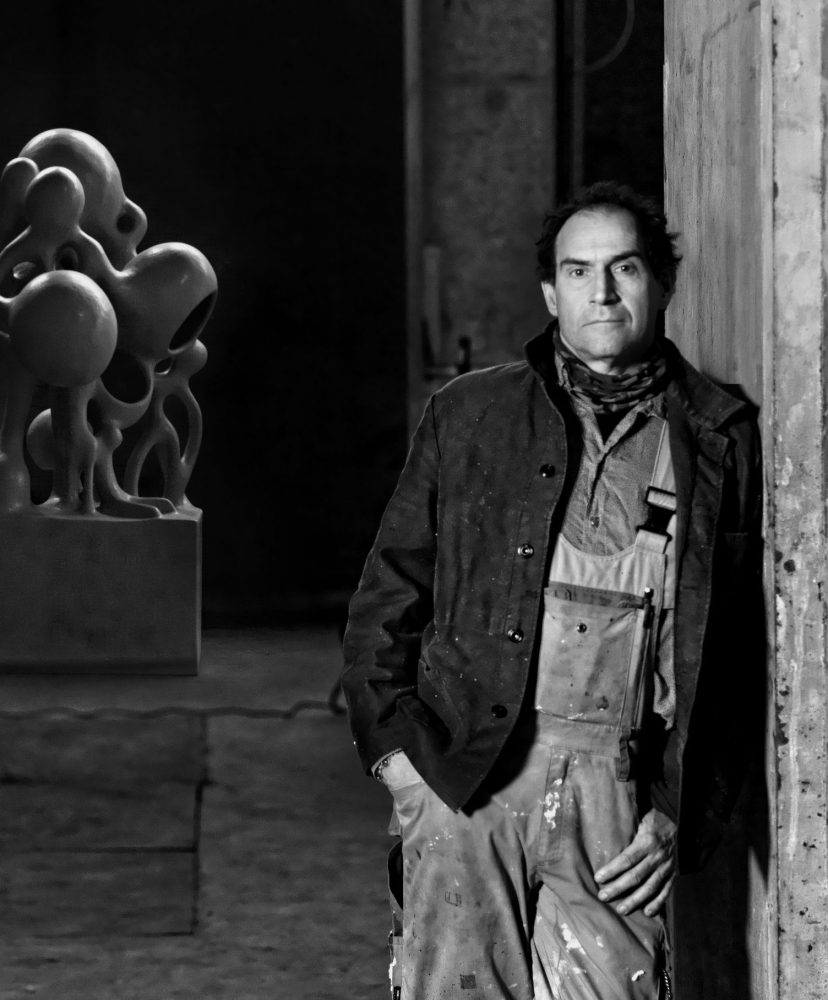 Atelier Van Lieshout is the studio founded by sculptor and visionary Joep van Lieshout. After graduating at the Rotterdam Art Academy Van Lieshout quickly rose to fame with projects that travelled between the world of easy-clean design and the non-functional area of art: sculpture and installations, buildings and furniture, utopias and dystopias.

In 1995, Van Lieshout founded his studio and has been working solely under the studio’s name ever since. The studio moniker exists in Van Lieshout’s practice as a methodology toward undermining the myth of the artistic genius. Over the past three decades, Van Lieshout has established a multidisciplinary practice that produces works on the borders between art, design, and architecture. By investigating the thin line between manufacturing art and mass-producing functional objects, he seeks to find the boundaries between fantasy and function, between fertility and destruction.

Van Lieshout dissects systems, be it society as a whole or the human body; he experiments, looks for alternatives, takes exhibitions as experiments for recycling, and has even declared an independent state in the port of Rotterdam AVL-Ville (2001)—a free state in the Rotterdam harbour, with a minimum of rules, a maximum of liberties, and the highest degree of autarky.  All of these activities are conducted within Van Lieshout’s signature style of provocation—be it political or material.

Van Lieshout combines an imaginative aesthetic and ethic with a spirit of entrepreneurship; his work has motivated movements in the fields of architecture and ecology, and has been internationally celebrated, exhibited, and published. His works share a number of recurring themes, motives, and obsessions: systems, power, autarky, life, sex, and death—each of these trace the human individual in the face of a greater whole such as his well-known work the Domestikator (2015). This sculpture caused controversy before even being placed at the Louvre in Jardin de Tuilleries, but was adopted by Centre Pompidou where it was shown during FiAC (2017).