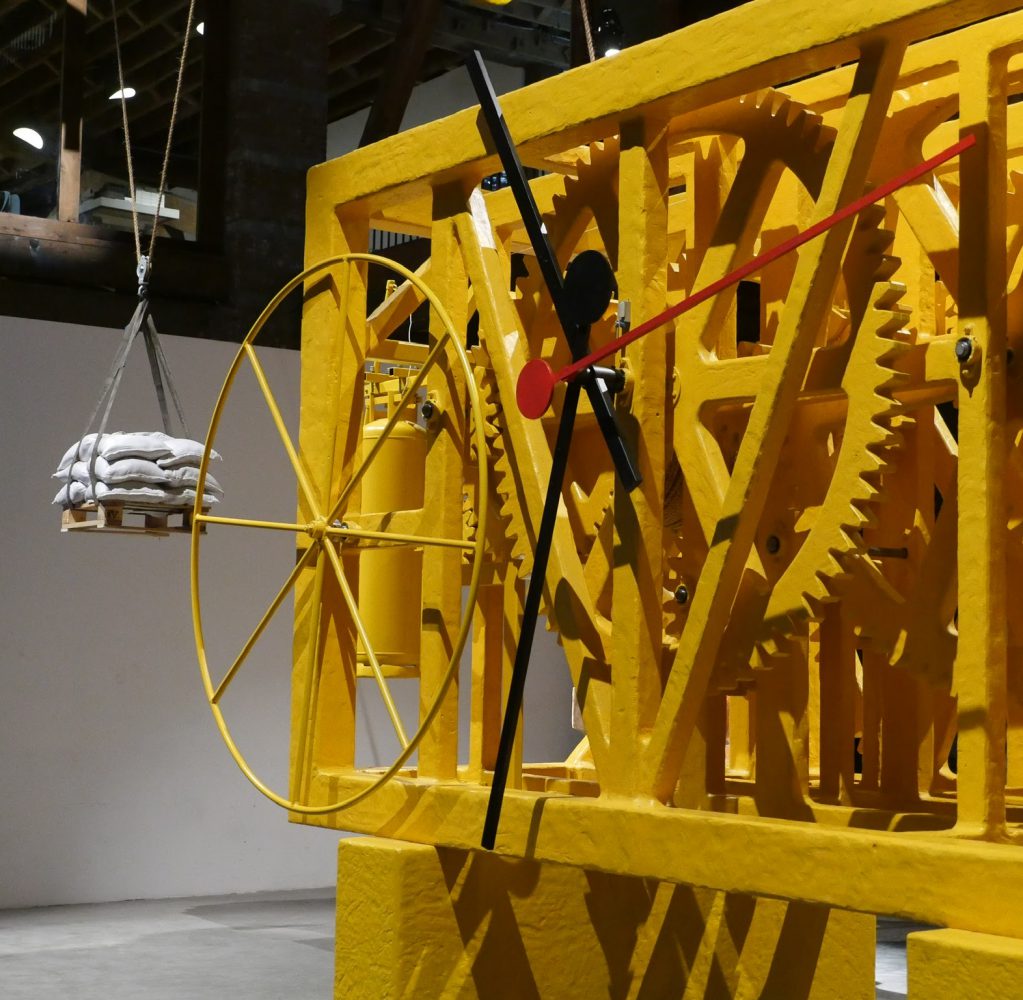 For Atelier Van Lieshout’s largest-scale exhibition of work in the United States, The CryptoFuturist and The New Tribal Labyrinth, AVL brings together two ongoing bodies of work, among others, that give the exhibition its name. They transform Pioneer Works into an immersive installation of sculptures and industrial machines. Central to the artist’s New Tribal Labyrinth series is Blast Furnace (2013), an imposing, labyrinthine structure referencing the furnaces traditionally used to produce steel. The sculpture also contains domestic elements such as a kitchen, sleeping quarters, and toilets, an environment inhabited by an imaginary tribe of metalworkers, a “New Tribe” with a visceral desire to return to the beginning of industry, the origins of our culture, wealth, materials, and products. Setting the stage for the synthesis of man and machine, this tribe feeds off the heat, waste, and noise of their industrial utopia. Other works in this series literalize the union of the human and industrial through sculptural representations of sperm and reproductive organs doubling as lamps and furniture. They posit the human body as itself a kind of machine, endlessly procreating. The CryptoFuturist and The New Tribal Labyrinth is curated by Gabriel Florenz and Natalie Kovacs and is to be visited from March 1st until April 14th 2019 at Pioneer Works, New York (USA).