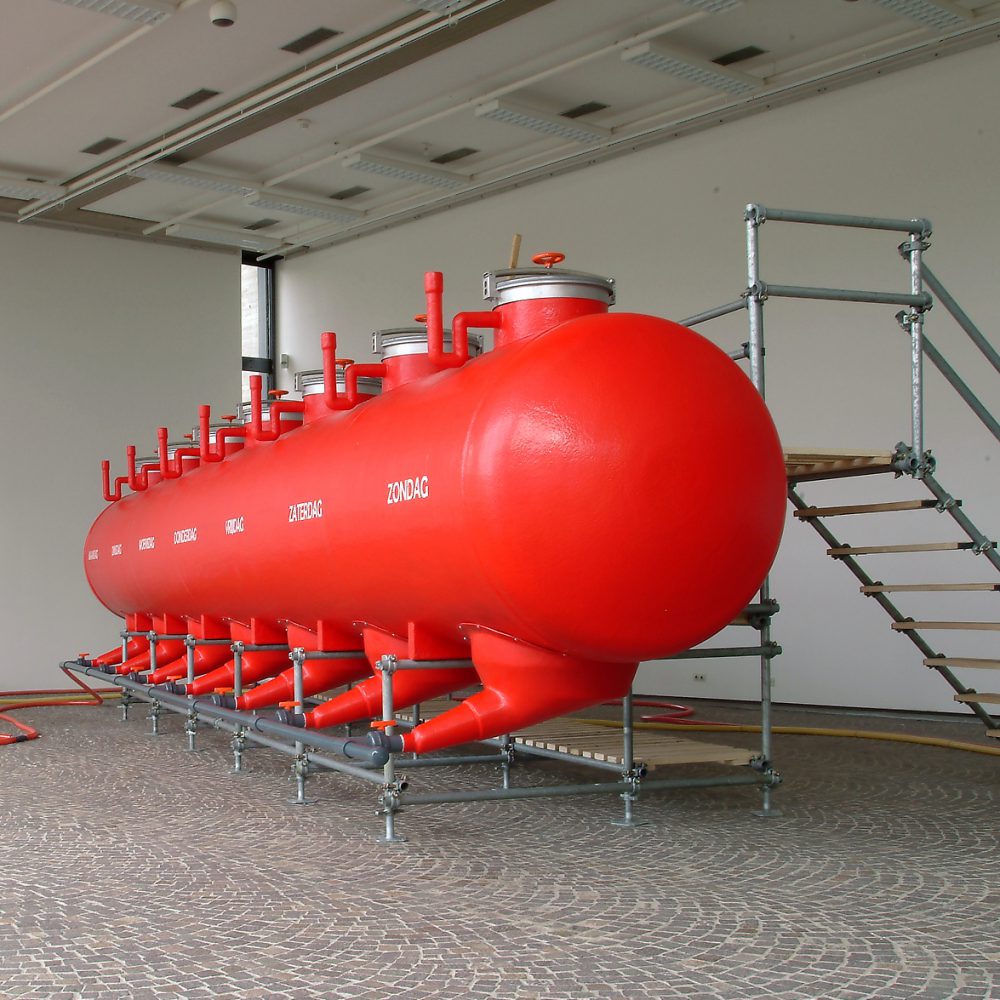 The Sprengel Museum Hannover has made it possible for Atelier van Lieshout (AVL) to realise ‘The Technocrat’, a new installation which encompasses several rooms. This is to honour the artists work as winners of the 2004 Kurt Schwitters Prize for Visual Arts. The project consists of 10 sculptural elements that they have shown in the past, together with 14 sculptural elements realised expressly for the occasion. Works on paper and sketches will complete the Sprengel Museum Hannover’s exhibition.

‘The Technocrat’ deals with elementary biological processes from everyday activities, such as providing oneself with nutrition, digestion, disposal and recycling. Van Lieshout gives these physiological needs a radical twist by reducing human existence to becoming a digestion machine. Human life is then limited to creating methane and a role in the nutritional chain of creation and death. Van Lieshout thus examine, in an ironic and humorous manner, Modern Man in a high-tech environment that apparently guarantees limitless possibilities and freedom.