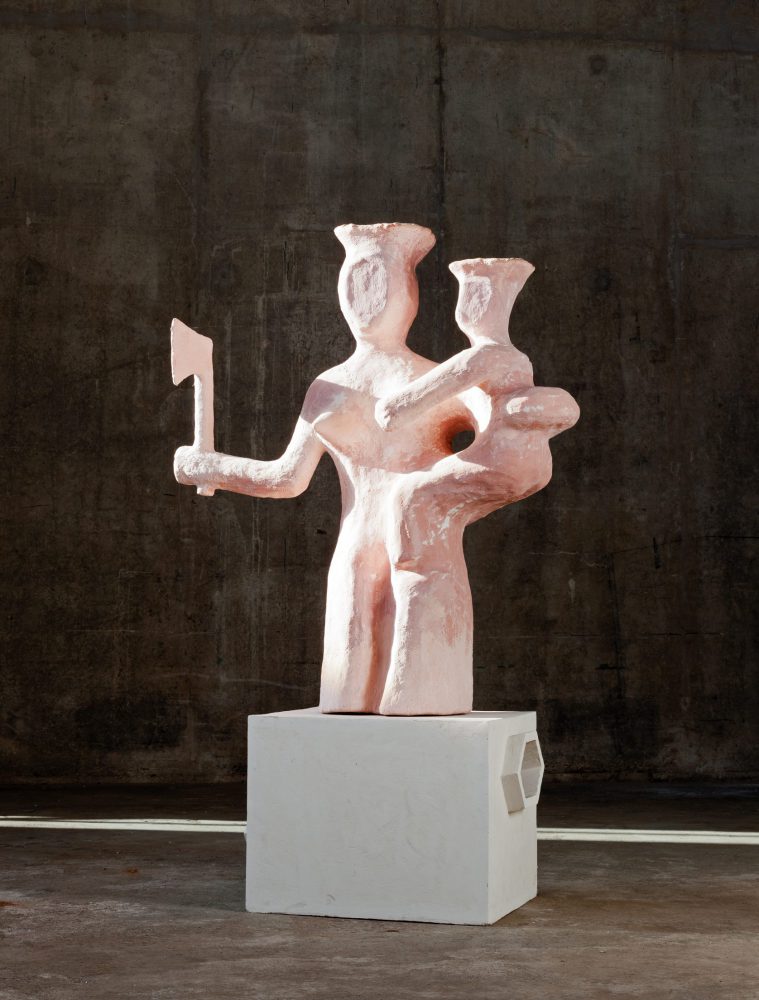 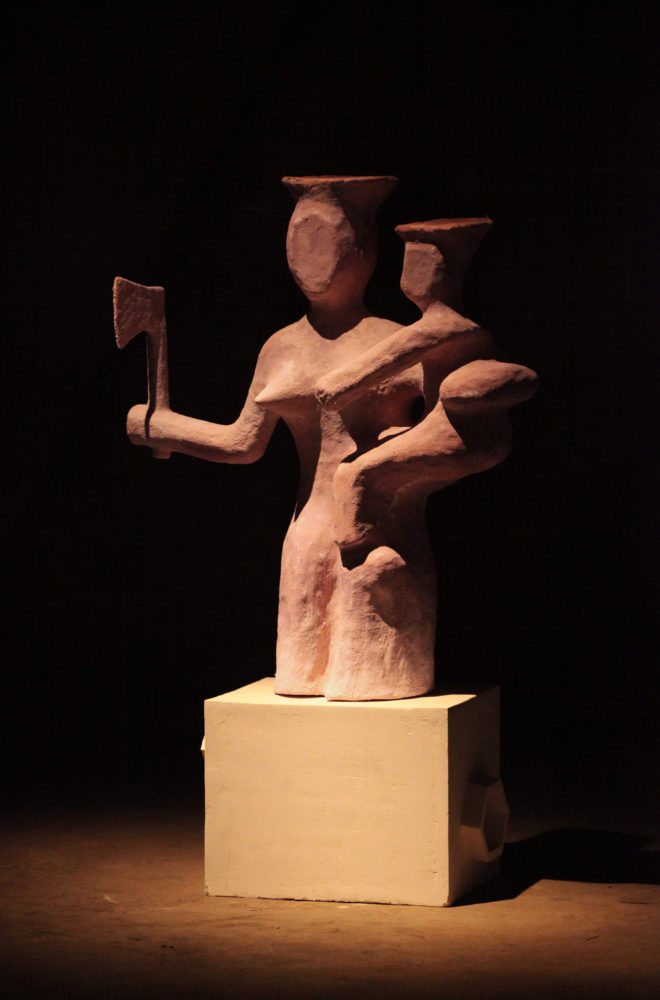 Notwithstanding its title, Black Madonna is not black. Instead, the artwork takes its inspiration from a statue Joep van Lieshout saw in the Royal Museum for Central Africa in Tervuren, Belgium. Its collections hold a large number of Central African artifacts which were acquired during Leopolds’ control over the Congo and the Belgian colonial era that followed. The weekend before the museum closed down in 2013, Joep van Lieshout went there on a pilgrimage. Of all the statues on display, one in particular impressed him: a female figure with child, which at the same time carries an axe.

The image did not leave him, and led him creating Black Madonna from memory. Black Madonna shows an axe-bearing mother-with-child, on a cube-shaped pedestal, which is topped by a hexagonal volume. The female figure has a protective function – guarding both life and the community – yet her weapons can also bring death and darkness. One could interpret her as a referral to of one of the darkest periods in Congolese history, when the area was under direct control of Leopold II. This period saw great atrocities against the Congolese. The Black Madonna’s choice of weapons might refer to these atrocities. At the same time as a guardian of her people she might just as well be using her weapons in an act of otherworldly revenge against the aggressors.