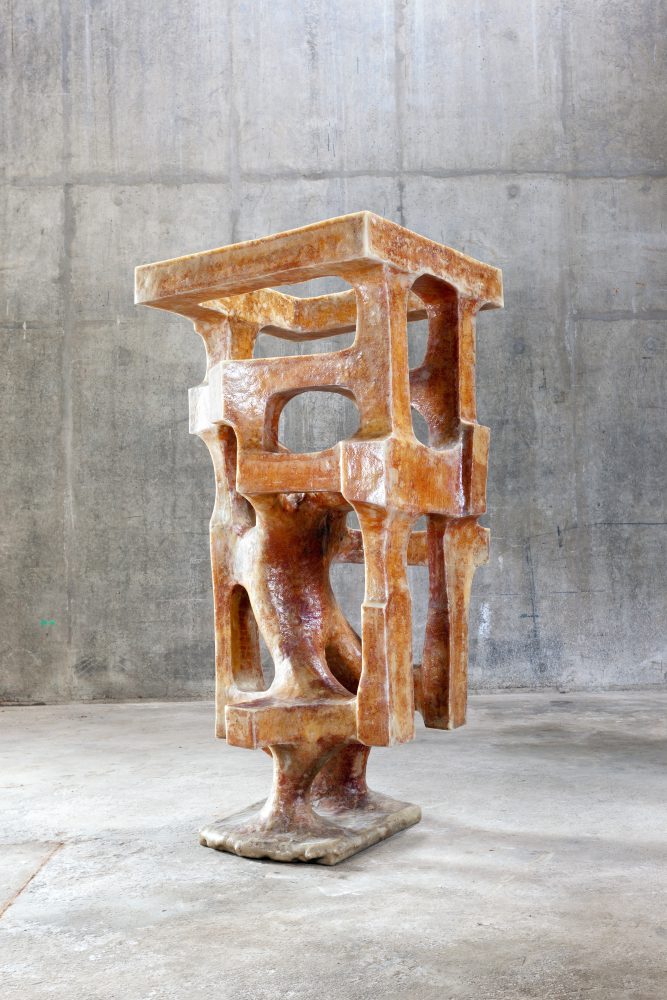 Contemporary humans have increasing numbers of possessions, but perhaps these things possess them. They’re in danger of becoming an extension of their cars, computers, mobile phones and other tools. Buffel symbolizes this dubious relationship. Humans merging with their prison; animate and inanimate objects become one.