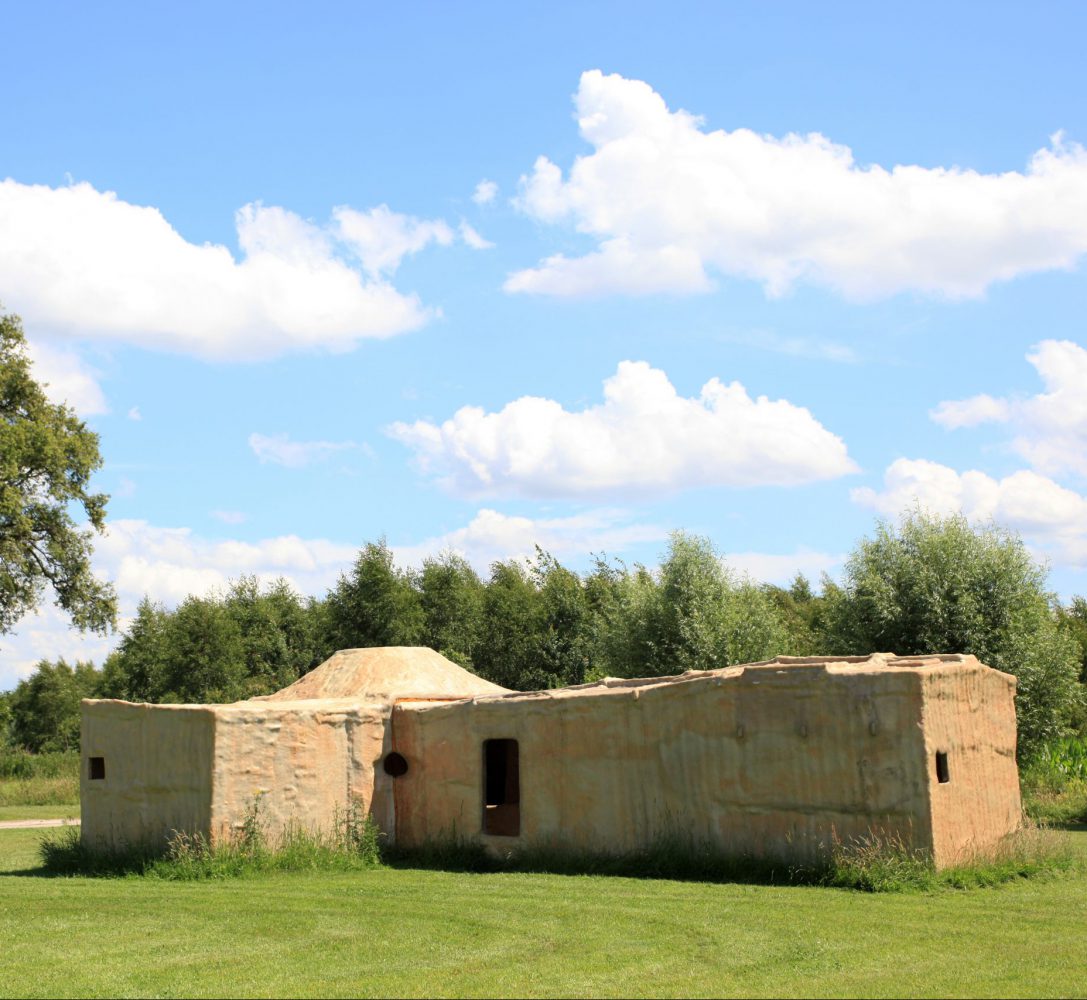 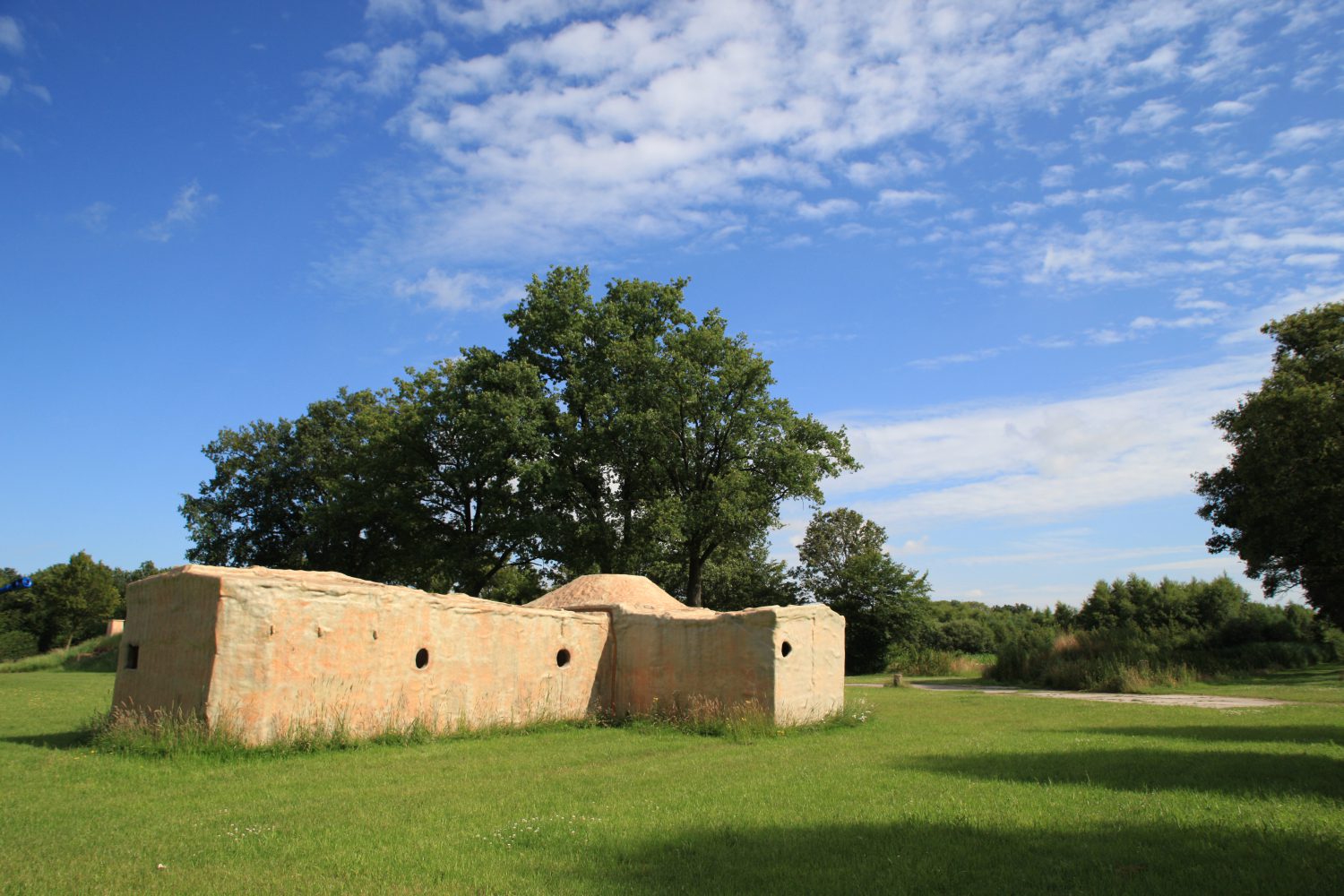 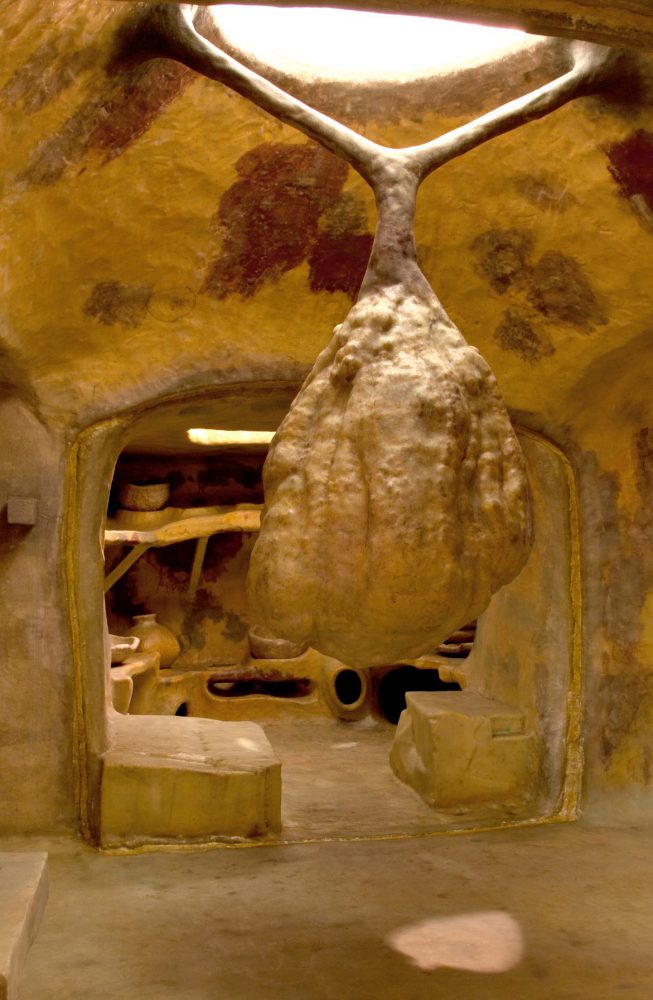 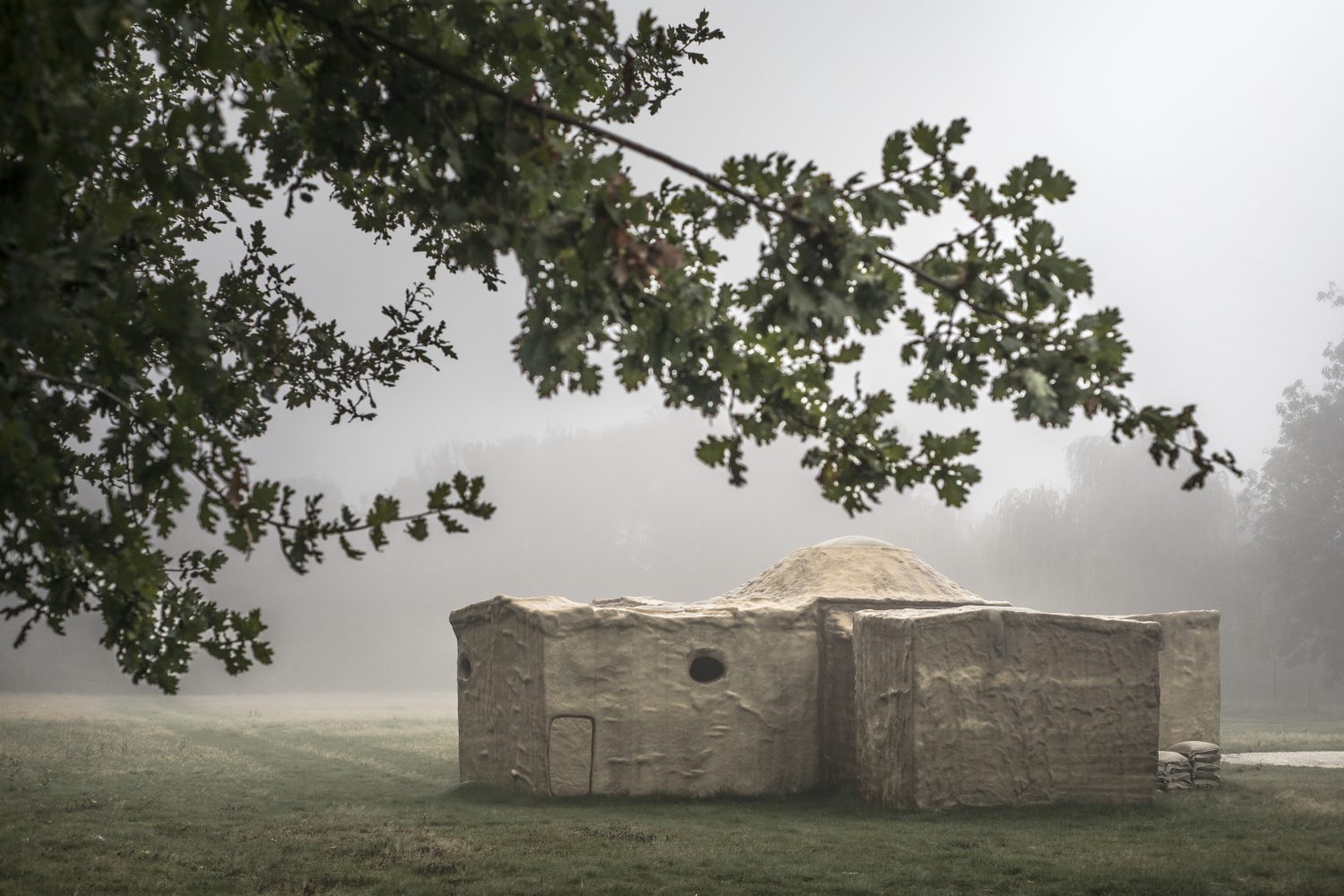 Farming is one of a pillars of the New Tribal Labyrinth. Atelier van Lieshout will create farms for the future, but also from the pre-history, the year zero, the Middle Ages, the Golden Age, and post-war modernist utopia. The final goal is to create a larger than life farm which consist of all the individual farms, connected by tunnels, corridors, doors and hatches. By entering this farm, visitors will engage in labyrinth-like time-travel through the ages, past history, hope, family, utopia, self sufficiency, design and deviancy.

Hagioscoop is the first of this series, a large cross-shaped diorama set in the imaginary date of “year zero”. It consists of four parts: an large Adobe style kitchen, cave-like sleeping quarters, a deconstructivist carpenters workshop and a rough stable. The farm can be entered on the inside, but also viewed from the outside through small openings – comparable to the small windows which can be found in some churches, which enabled outcasts to witness the celebration of mass from outside – the so-called Hagioscoop.

Watch a video of Hagioscoop (2012) via this link