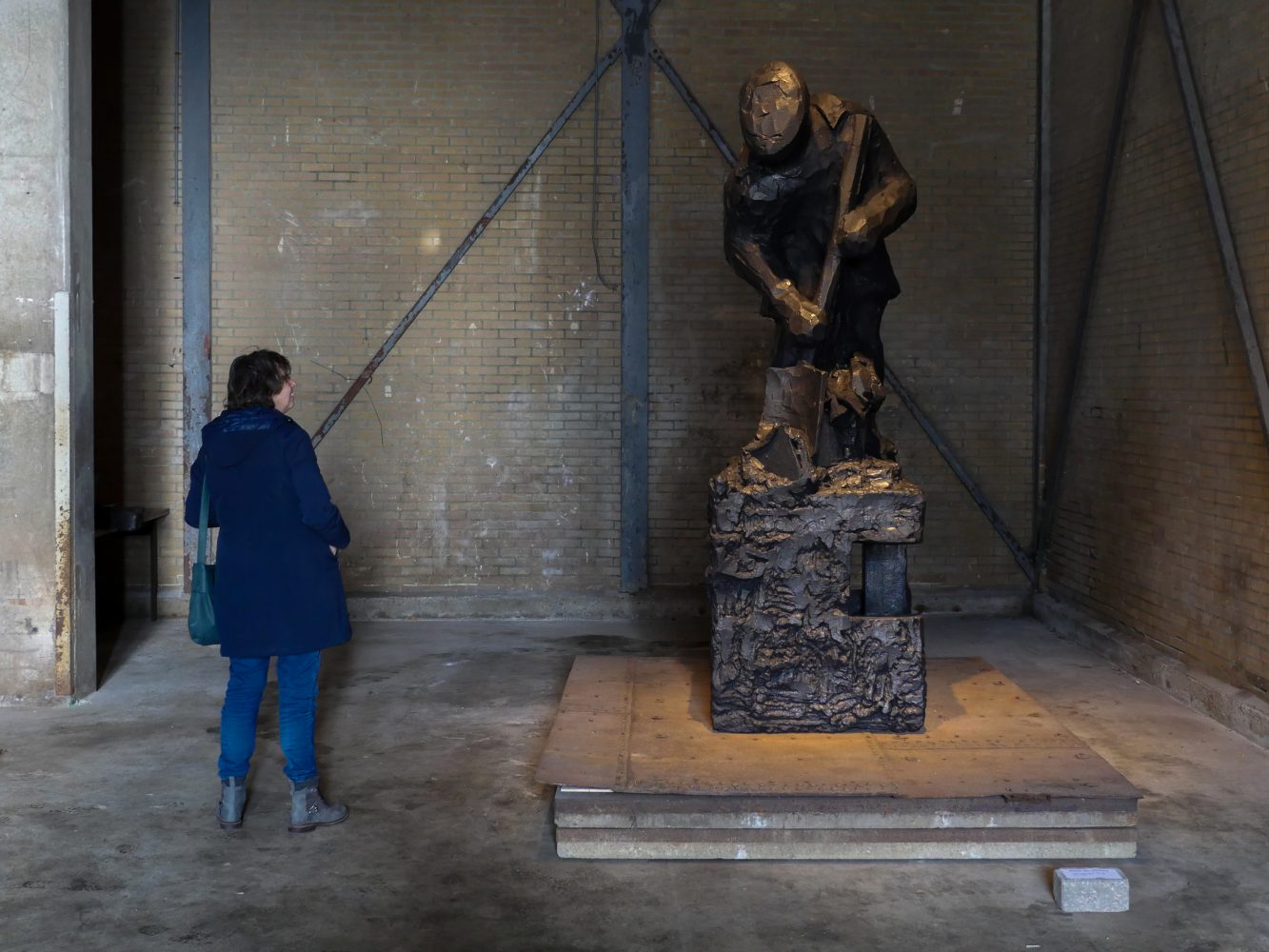 In his new body of work CryptoFuturism Joep van Lieshout revisits the Italian Futurists a century later to look at resonances between emerging Fascist tendencies today, using his art to reveal the interplay between Utopia and destruction. Van Lieshout embraces emerging technologies from genetic manipulation to robotics and big data to draw parallels between the societal threats faced in the early 20th century and the perhaps graver circumstances we face today. Starting his research by building huge machines in order to destroy or recycle all possible materials, Joep van Lieshout deconstructs notions of sustainability with techno modernist speed, playing a dangerous game with nostalgia for bygone political theorems.

Leemwerker is a monument to the strong, menial labourer, who toils the soil. He is submitted to nature, but at the same time submits nature to his will. The sculpture is both a referal to the art of the Russian constructivists, as well as that of the Flemish Primitives.