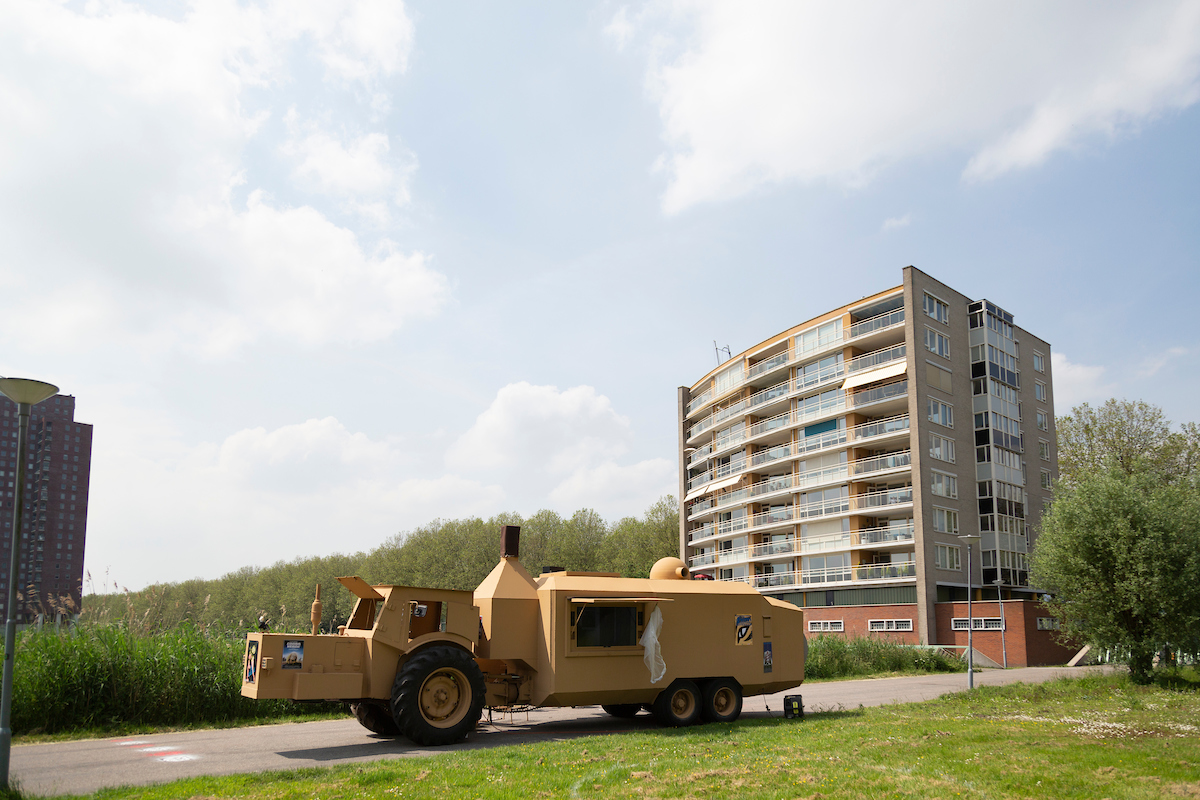 He was nearly injured by an erupting volcano, dragged Joaquin Phoenix from a burning car wreck, was shot in the abdomen by a crazed fan and suffered several bouts of malaria. Werner Herzog knows the world can be a dangerous place, especially for a filmmaker who seeks to transform reality so viewers can witness ‘the ecstatic truth’, as he calls it. But Herzog doesn’t tread gently. He bulldozers on.

AVL’s latest creation is fittingly named after the German director of such modern classics as Fitzcarraldo and Grizzly Man. This vehicle can handle any terrain and can operate under the most strenuous circumstances. It’s a steel-plated monster. Its parapet is outfitted with artillery embrasures and topped with a rotating gun turret.

Werner resembles the narco tanks used by Mexican drug cartels or the vehicles terrorist organizations such as ISIS use; made from modified trucks or SUVs equipped with armour and guns, the epitome of DIY tactical security.

Werner is not intended for urban warfare though. It’s designed to bring cinema to the cultural outback. AVL taps into cinema’s history as a propaganda tool, bringing the contemporary media war to the streets and underlining cinema’s fighting spirit. Films can be displayed on screens both inside and outside the vehicle. The mobile cinema can easily be extended with a tent-like structure to create an outdoor screening venue, not unlike a paramilitary encampment.

But Werner can also be used by guerrilla filmmakers who want to get back to basics. The vehicle is outfitted with a kitchen, bathroom, fireplace and other amenities necessary for self-sufficiency. Hitched to the back is a pyrolyser that transforms plastics into diesel to fuel the combustion engine powering the machine. As long as there’s waste, there will be the power to keep on making films.