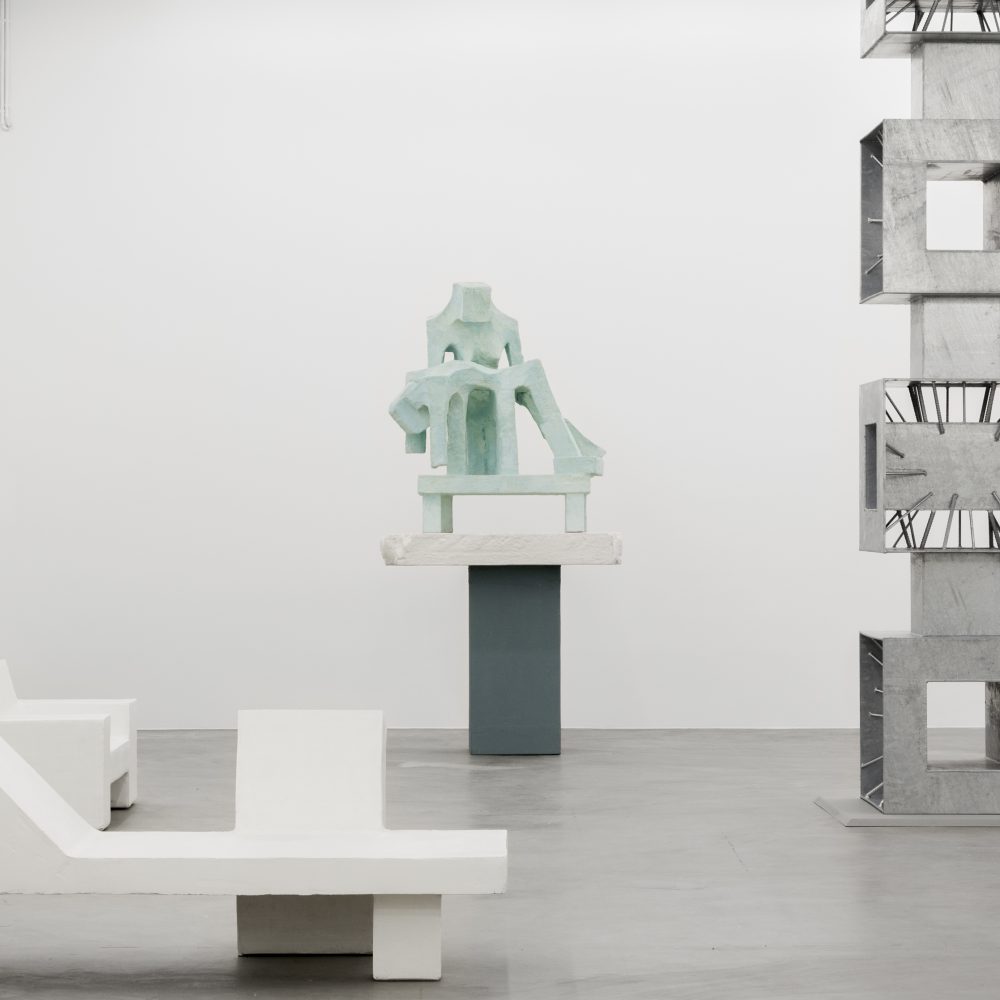 Almine Rech Gallery is pleased to present the first solo exhibition by dutch artist Joep van Lieshout at the gallery. In this exhibition titled Primitive Modern, Joep van Lieshout presents the transition between two key projects: the new project Neo-futurism and recent works from the Gesamtkunstwerk New Tribal Labyrinth, which the artist has beenworking on for the last four years. Both projects depict the same paradoxical utopian desires, while bringing to the fore a clear shift through a future vision on the development of the world.

New Tribal Labyrinth is a series of sculptures that embrace the industrial revolution and depict the romantic longing to become one with both machine and matter. The series suggests the emergence of a new world order, inspired by old world orders. In this world, populated by fictional tribes, we see a return to agriculture and industry and the revaluation of ancient rituals. New Tribal Labyrinth is made up of agricultural, industrial and ritual objects, yet the exhibition mainly focuses on the world of rites and rituals. Sculptures that serve as objects of worship, victory columns and fertility figures refer to primitive sculptures. Venus figures and Madonnas, carved out of an intuitive and instinctive desire, stand on pedestals that refer to the modernism of the early 20th century.

Van Lieshout’s recent work Neo-futurism translates Futurism, the art movement of the early20th century, into 21st century contemporaneity in a disruptive manner. Technology, bigdata, acceleration, conflict, aggression, robotics and recycling are mixed with poetry and romanticism. Not only do they show a new direction in the oeuvre of Van Lieshout, but they also offer us a glimpse of a possible future under construction, based, on the one hand,on destruction and deconstruction. Yet on the other hand, the work depicts the optimism of (re) construction and new energy. A shining example is the endless column that gives new meaning to the remnants of primitivism.

The largest work in the exhibition is a tribal dwelling. This Essential Dwelling is like a rockcave carved out by man. Here, the inside space and functions are determined by the original desires and urges of the human being. An essential living unit whose interior is shaped by irrational wishes. Here again, a tribal object is mixed with the ideas of modernism. The sculpture is both contemporary and utopian, primitive and archaic.

The coming together of Neo-futurism and the New Tribal Labyrinth challenges the viewer to set in search of a new image of the future as a new mental point of reference. Past and future, modernism and primitivism, the rational and the irrational, utopia and dystopia, art, energy and science are brought together and investigated. In this way, Van Lieshout creates new systems and worldviews on the ruins of the past.