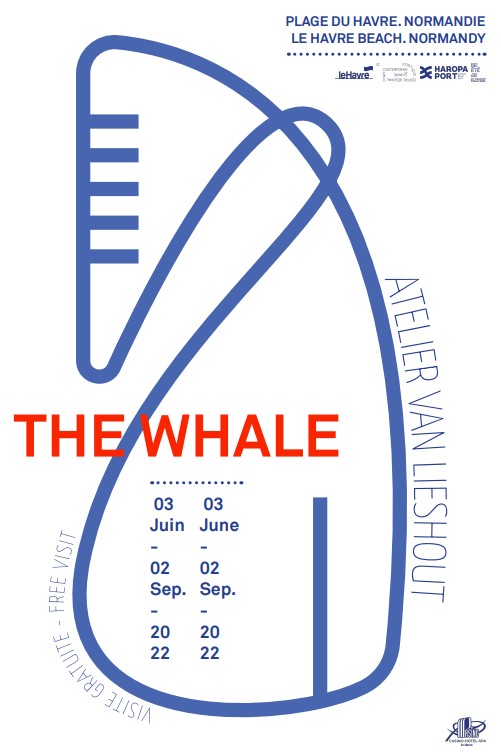 As a prefiguration of A SUMMER IN LE HAVRE, AVL has chosen to create a great sperm whale, at the request of the Grand Casino du Havre inspired by Herman Melville’s philosophical novel, Moby-Dick.

AVL strives to present the sea as the true theatre of the human comedy: suffering, evil, pride, madness, tyranny—feelings that Melville personified in the character of Captain Ahab, who saught revenge on the giant white whale that had robbed him of his leg in the past.

This monumental installation is also a manifesto on the power of nature that Jonah had also experienced. The Biblical character had angered God by his disobedience and, as punishment, was swallowed by a whale (literally a great fish) in which he remained for 3 days and 3 nights.

The Whale illustrates both Ahab’s nemesis and Jonah’s imprisonment. Made of steel, a metal created and welded by man, this whale is not slaughtered for its whale oil, as of old, but rests on beach pebbles like a careened ship. A seated man can be seen through the portholes. Is it the artist, Jonah praying for his salvation or captain Ahab questioning his behaviour. Thus presented, the work embodies both human ingenuity and unconquered nature. This is where all its ambiguity lies.