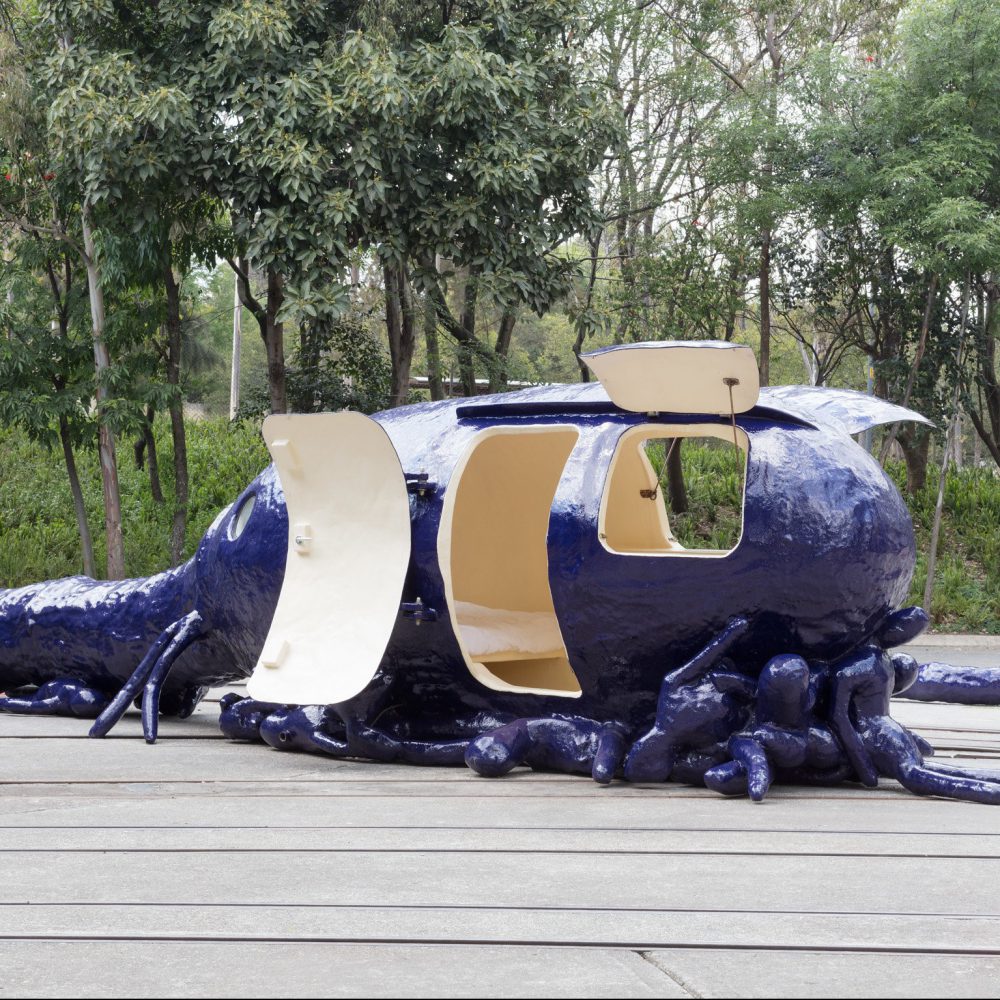 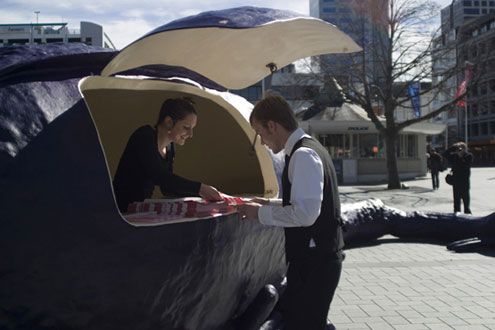 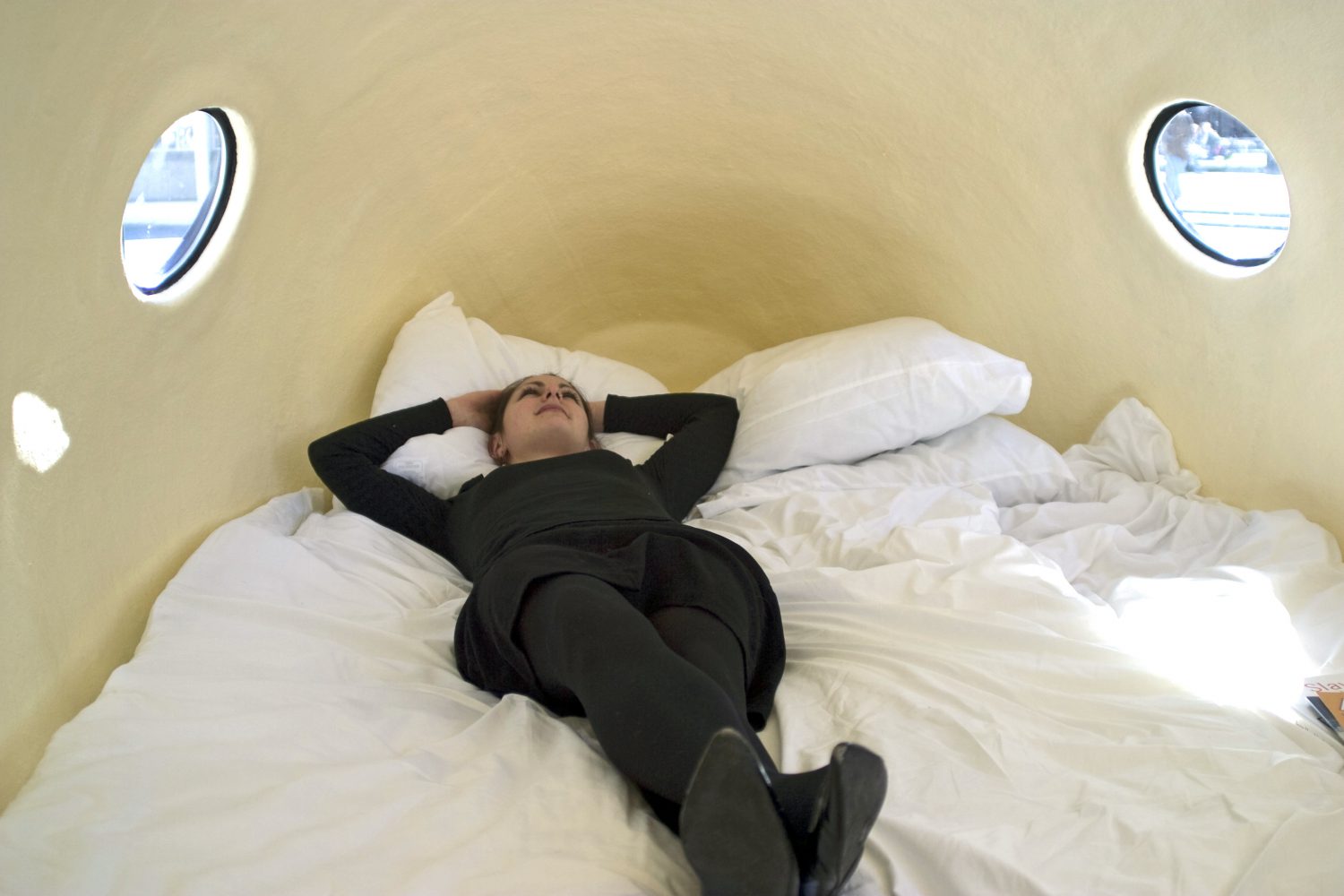 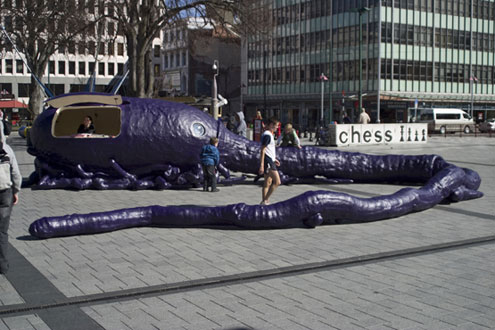 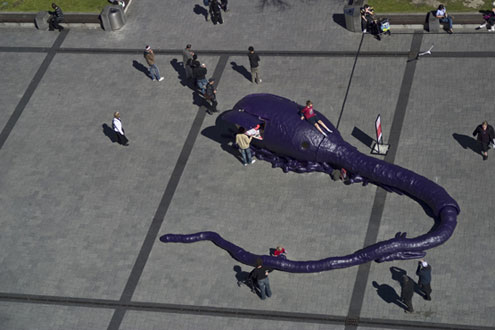 Nature is all about the ‘survival of the fittest’, as Charles Darwin concluded in the 19th century. A century later fascist regimes applied his theory of evolution to society and invented social Darwinism. Only the most beautiful and smartest people would be allowed to breed in order to create a race of supermen — a perverse exaggeration of nature. AVL’s Darwin is a superior sperm cell squashing the bodies of the losers. It’s also a cocoon for living and reproducing in.